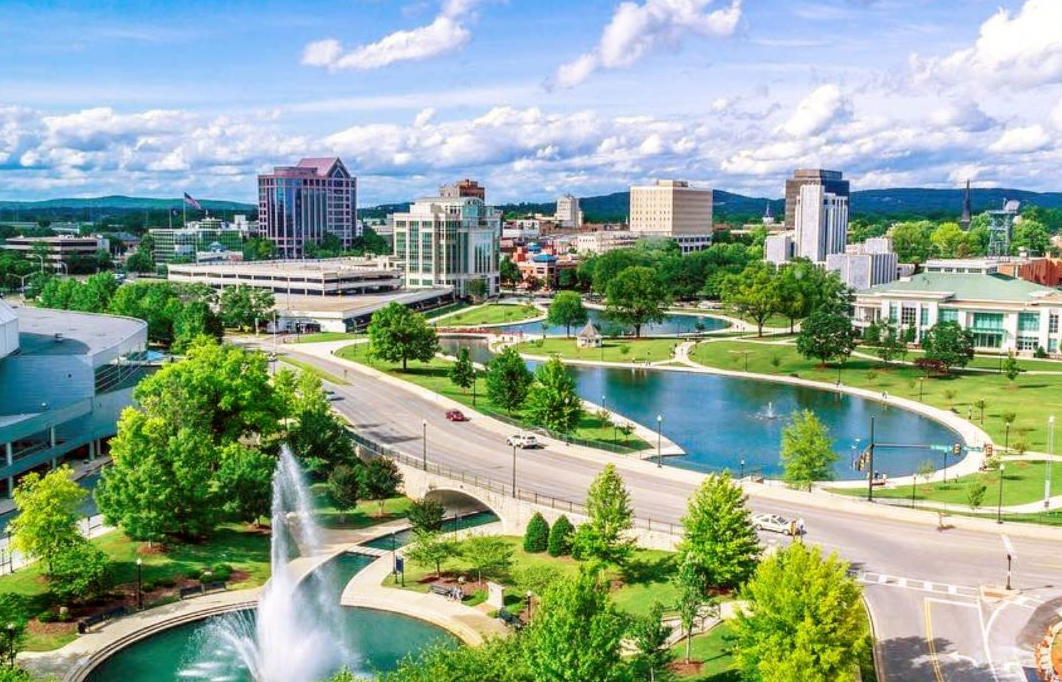 Presented By Steve Stinson - Welcome to this UCPlaces Where to Live tour of Huntsville, Alabama, the seat of Madison County! A lifelong Alabamian and a 40+ year Madison County, Alabama inhabitant, Steve Stinson of Keller WIlliams Huntsville’s specialty is making a complicated real estate process simple! So Huntsville is known as the Rocket City to many, because NASA actually developed the Saturn rockets for the Apollo program here! Besides being there from the start of the American space industry, to the cutting edge it exists on today, Huntsville is moreover a wonderful place to live and play! Today we’ll show you some reasons why Rocket City is a great place to be! 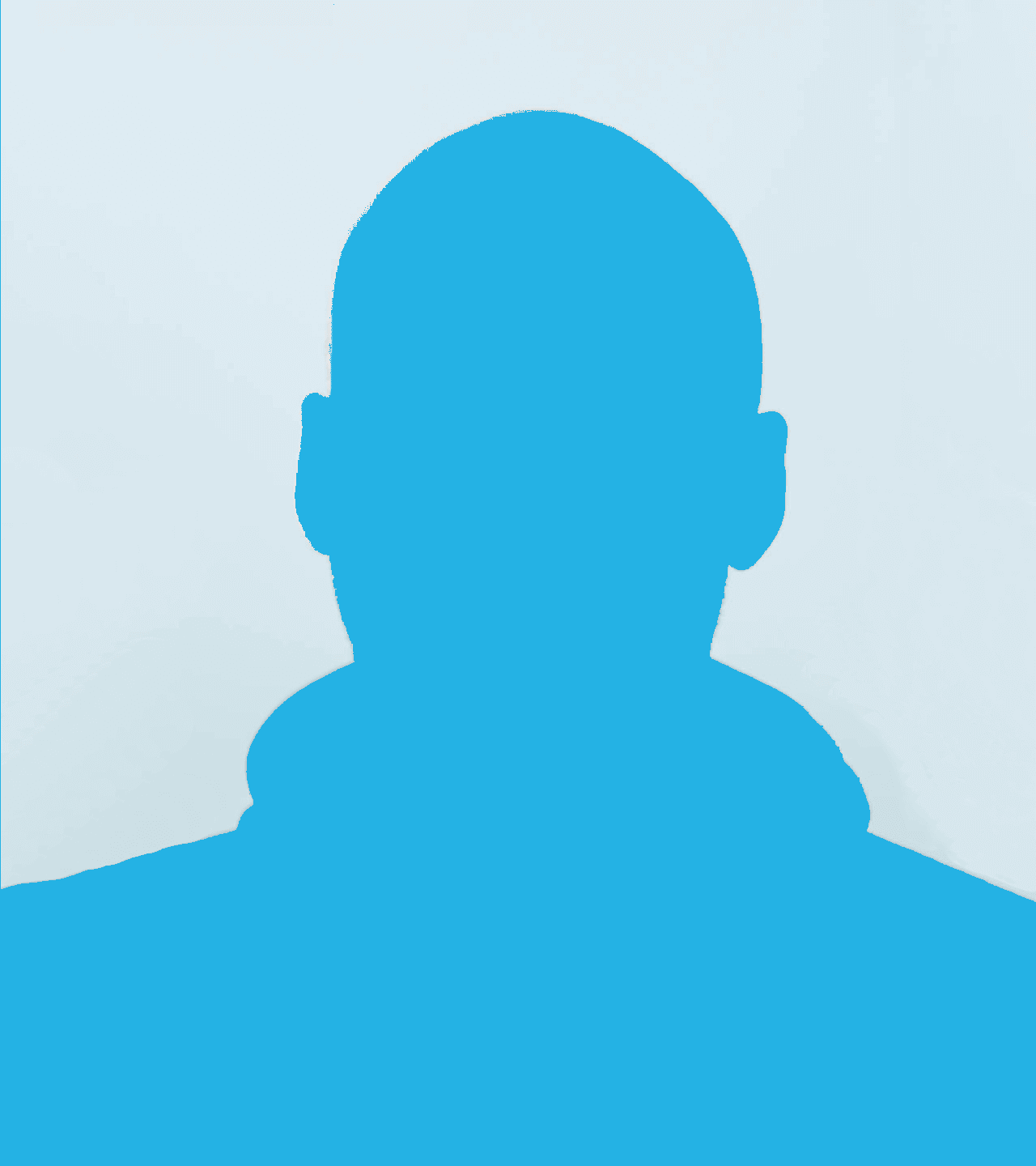 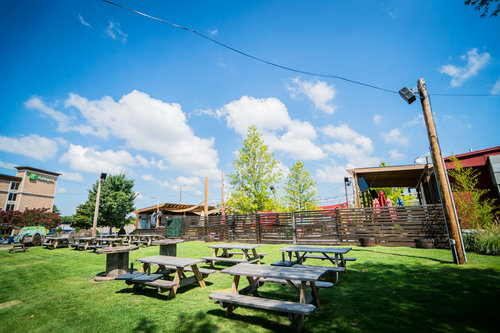 We begin our tour at The Camp, one of the coolest hangouts in Huntsville! Sitting at the gateway of Huntsville’s Mid City District, a 140-acre mixed use development, The Camp is a bustling outdoor space featuring delicious comfort food, a full service bar, a coffee shop made of a shipping container, groovy live music, and “the coolest food truck this side of the Tennessee RIver”. Friendly to dogs, kids, grandma, and all those in between, anyone can find themselves having a great time at The Camp! If you’re around between March and November swing on by to The Camp’s farmers market! Feel free to explore and then come back here to exit and take a left onto Route 72 and follow your navigation. 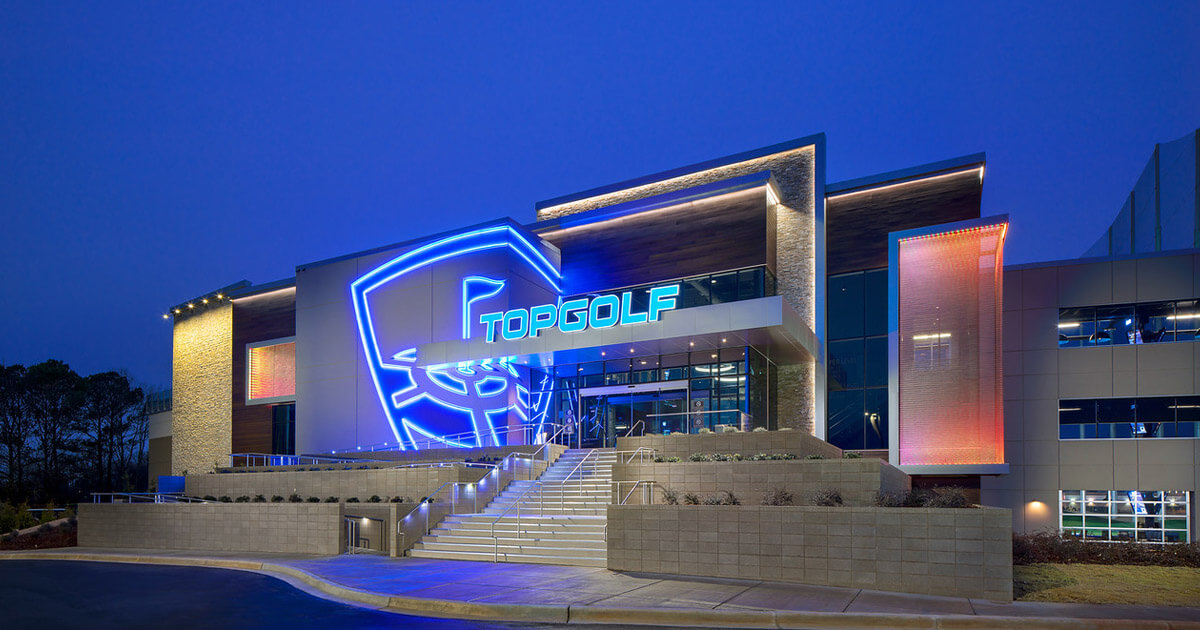 As we merge onto Route 255, we pass by Topgolf. A premier entertainment destination in Huntsville, Top Golf is nationally known as the most fun driving range in the country, or at least the most unique! Perfect for parties and occasions of all kinds, The food, drinks, music, and comfort surrounding the game of Topgolf make it fun for everyone! Microchipped golf balls, house clubs, and a multitude of games allow for even the first time golfer to take a swing! 3 floors with 72 separate bays, an amazing rooftop terrace, and lively bars provide more than enough to keep even the most curmudgeonly country club goer entertained! Continue down 255, and get your wallets ready, because our next stop has a bunch of shopping options! 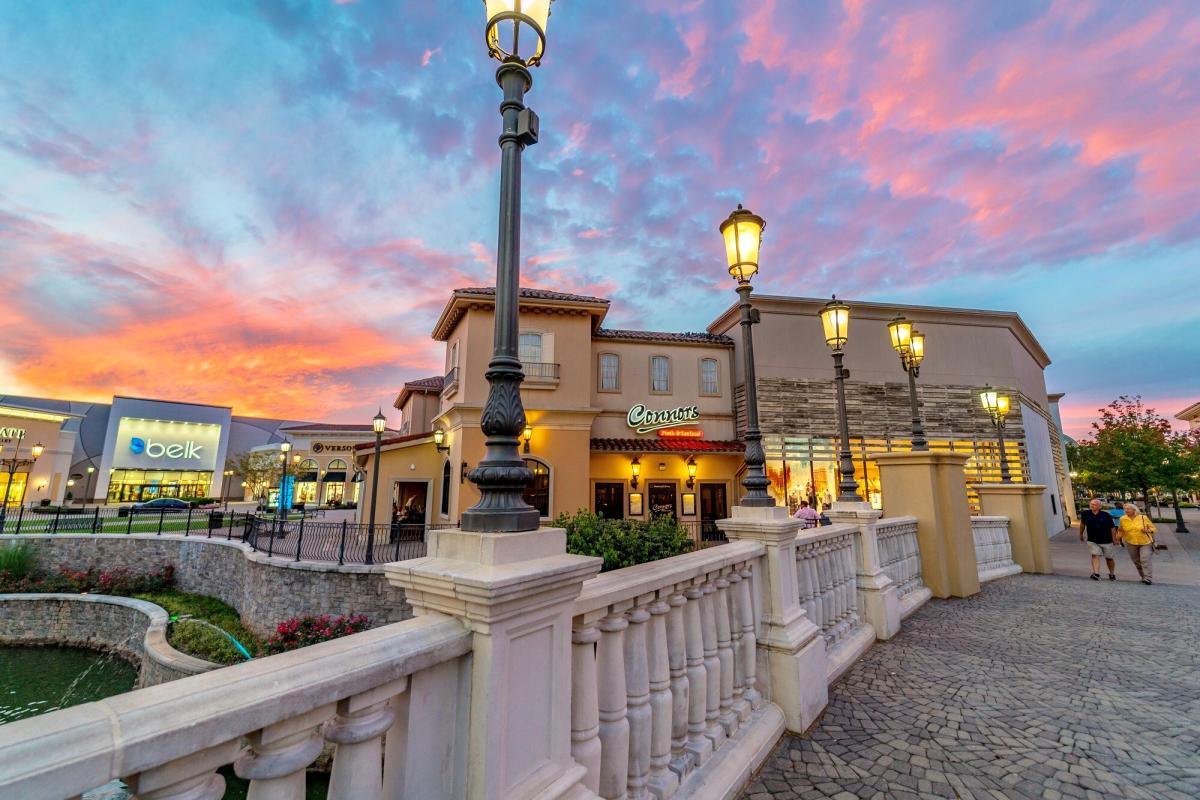 Coming up on our right is Bridge Street Town Centre, a lovely open-air shopping and lifestyle center! Loved by locals and visitors to Huntsville alike, the charming complex of cobblestone and European-inspired architecture houses a generous collection of restaurants, shops, and amenities for the whole family to enjoy! From the flagship Belk department store to Texas De Brazil and beyond, the more than 70 shops and restaurants at Bridge Street are sure to tickle your tastebuds and your fashion sense! More than just a grouping of restaurants and shops, the family-friendly splash pad for summer fun, year-round carousel and train rides, and weekend street performers make up a collection of amenities that’ll keep you coming back to Bridge Street even if you’re not planning on buying anything! Even if you’re just in town for a little while, The wonderful Westin Huntsville is another anchor to the Town Centre. Stay for a couple nights and enjoy the serene Rocket City skyline, typified by the space-reaching monolith that is our next stop! Take the upcoming exit onto I-565, and head towards the rocket! 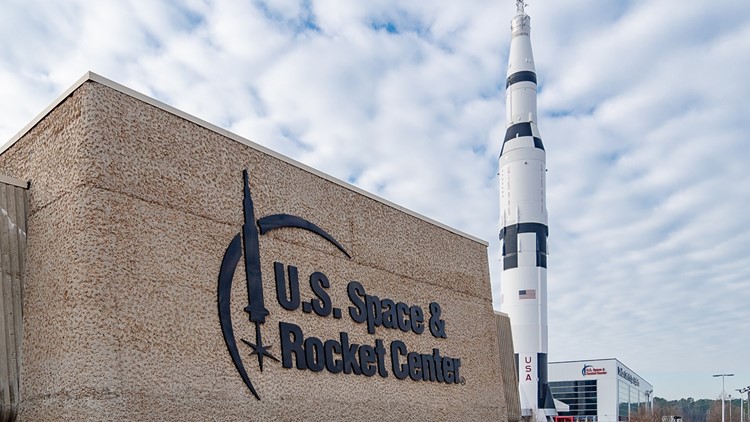 As we follow I-565, you’ll probably notice pretty quickly the dominant feature of the skyline here, the 1:1 scale model of the Saturn V rocket! Erected in 1999 to mark the 30th Anniversary of the Apollo 11 landing, the 363-foot-tall replica is what attracts many to the US Space & Rocket Center below. Still, though, the monolith is hardly the most interesting aspect of the USSRC. Originally proposed by the famous Dr. Wernher Von Braun, who had led the U.S. landing efforts from nearby Marshall Space Flight Center, the USSRC was completed in 1970, one year after the moon landing. Standing today as the largest space museum in the world, the ever-intelligent Von Braun actually helped to secure public support for the museum's financing by employing rival Alabama and Auburn football coaches Bear Bryant and Shug Jordan to appear in a commercial sponsoring the project’s $1.9 million referendum. It passed. A space nerd’s treasure trove of exhibits, shows, and events that include an authentic Saturn V rocket, the legendary Space Camp, flight simulators, a state of the art planetarium, and more, Von Braun’s vision of a public window into spaceflight is actualized here! 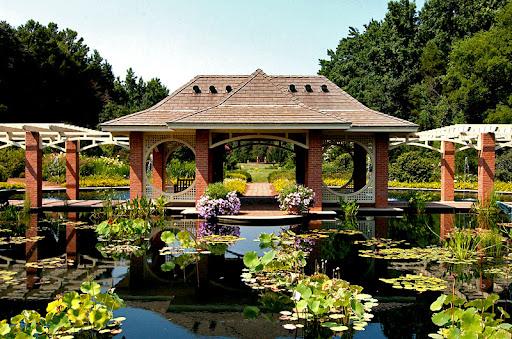 Coming up on our right is a tad more earthly of a destination! Spread out over 112 acres, the Huntsville Botanical Garden will remind you why the planet we are already on is so amazing! Grassy meadows, woodland paths, aquatic habitats, and marvelous collections of vibrant flowers surround the white grand hall, main building of the Garden, providing a tremendous meeting space for events of all kinds! Roam its trails and study its Alabaman vegetation before taking a stop at the nation’s largest open-air butterfly house, the Huntsville Botanical Garden is sure to inspire you with its natural beauty year-round! 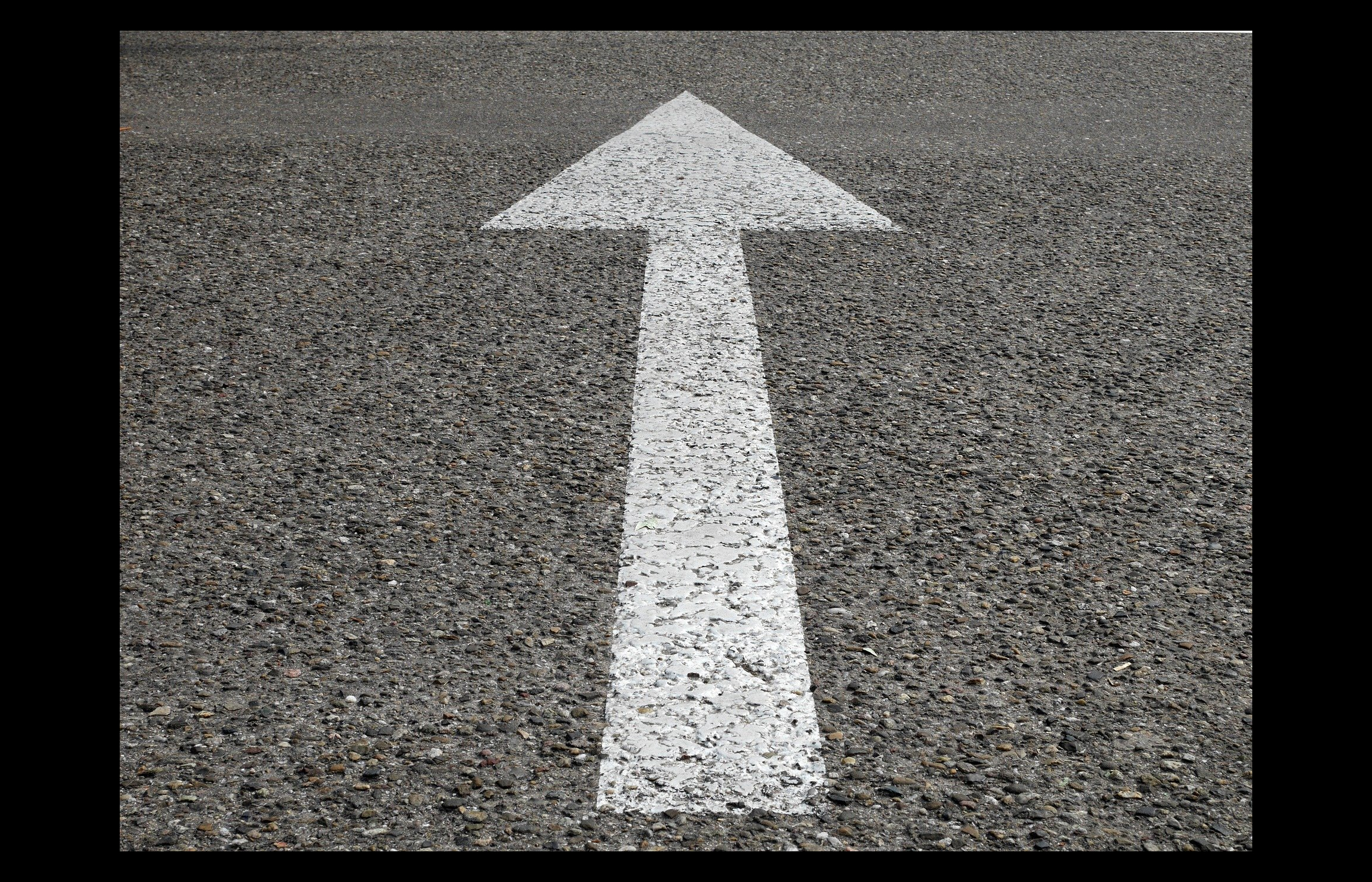 We’ve got some more really neat things to see. Please take the exit to your right onto Governor’s Drive and then stay to your right. We will then be turning left on Clinton Avenue. Take notice of the breweries there!

As we follow Clinton Avenue towards the center of town, we approach an equally historic and important attraction: The Von Braun Center. Built in 1975 and originally referred to as the Von Braun Civic Center, the multipurpose space contains meeting spaces, a performing arts complex, and the 10,000 seat Propst Arena that’s seen the likes of Johnny Cash, Elvis Presely, The Eagles, Aerosmith, and The Jackson Five! Called VBC for short, the Center’s downtown location overlooking the pristine landscape of Big Spring International Park makes it a must stop attraction!

Perched along the pond waters of Big Spring Park to our right is the wonderful Huntsville Museum of Art. A massive 75,034 square foot public repository including fourteen galleries, the various galleries and exhibits of the museum are supplemented by plentiful meeting and events spaces for weddings, conferences, and more. Stop by sometime and check out “A Walk Through Time,” an exhibit that shows ancient cultures and art through the ages. It's awesome! 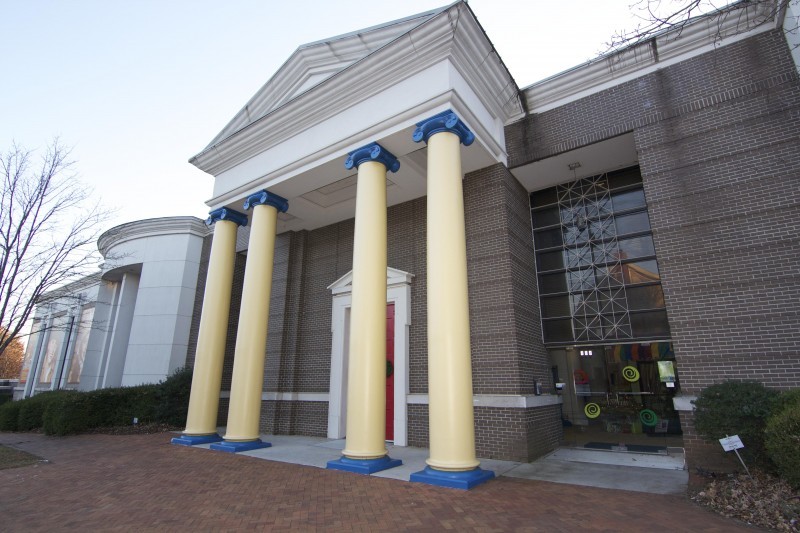 While touching priceless paintings at the Museum of Art will surely cut your time there short, the Earlyworks Museum is meant to be as hands on as possible! Designed as an interactive educational museum for children, Earlyworks’ mission is to spark the creativity and curiosity of our young ones! With tons of exhibits and events designed to teach through play including a story-telling tree and a 46-foot keel boat! This place is best for kids aged 2-9, but our next stop should be of interest to anyone a little older! 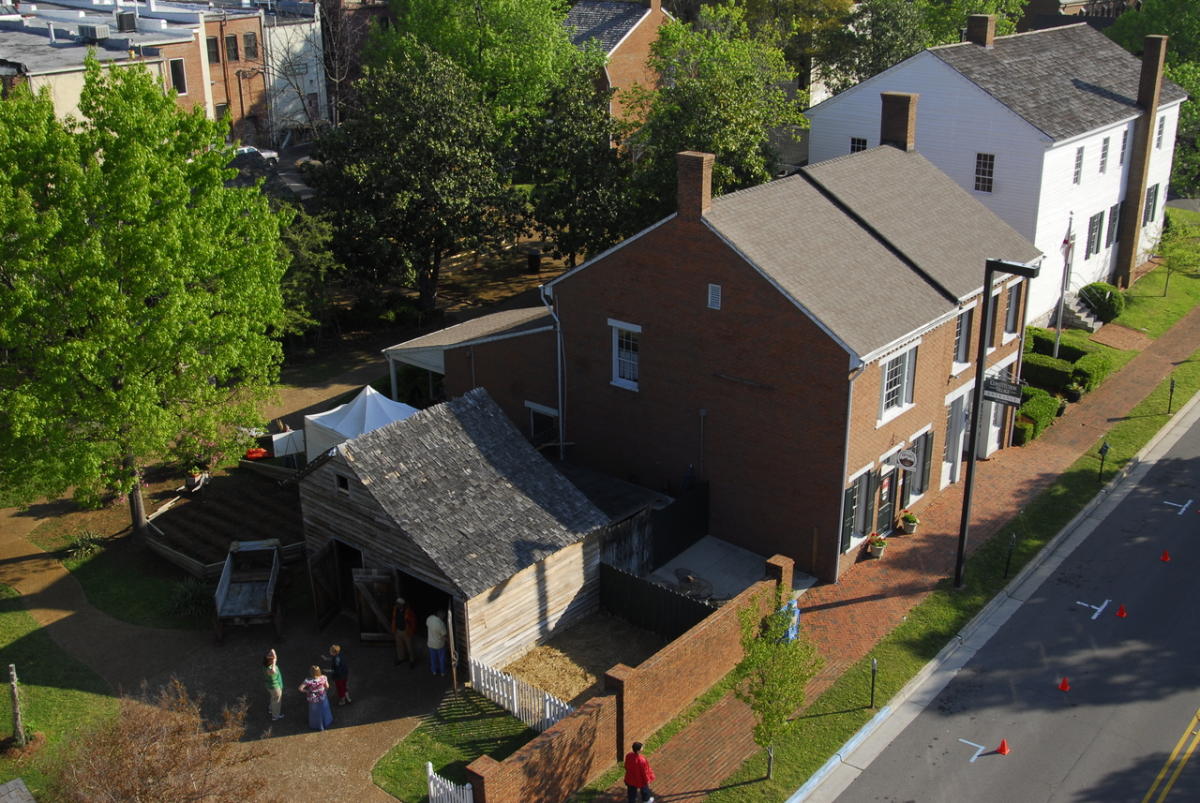 A part of the Earlyworks Museum Complex, Alabama Constitution Hall Park transports you to the time of Alabama’s constitutional convention, all the way back in 1819! Head on by to see the living replica to check out artifacts of the time, and working examples of some like a printing press and a fully operational blacksmith shop! Best for those ages 12 and up, the Park and Museum offer both outdoor and indoor attractions and events like lantern-lit tours of the buildings and grounds! As we depart from the center of Huntsville, we’ll be heading out towards some of the great parks Madison County has to offer! Enjoy the ride for now, we’ll be approaching the wilderness shortly! 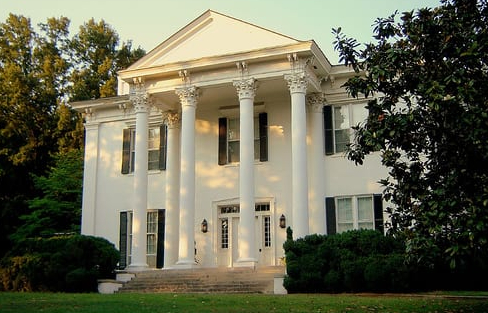 Look to your left and you will soon see the stately Moore-Rhett House.The back portion was constructed in 1826 by newspaper editor John Boardman. That’s great and all, but even better is the fact that Samuel Moore, who owned the home in the late 1800’s, had a famous Jersey cow named Lily Flagg. He took Lily in a railroad car to Chicago to compete for the title of Best butter-fat producing cow in the World Fair. Lily won and Mr. Moore threw a huge party in honor of Lily Flagg. Currently, the nearby swim club is called Lily Flagg Pool and their mascot is, of course, the Lily Flagg Cows. 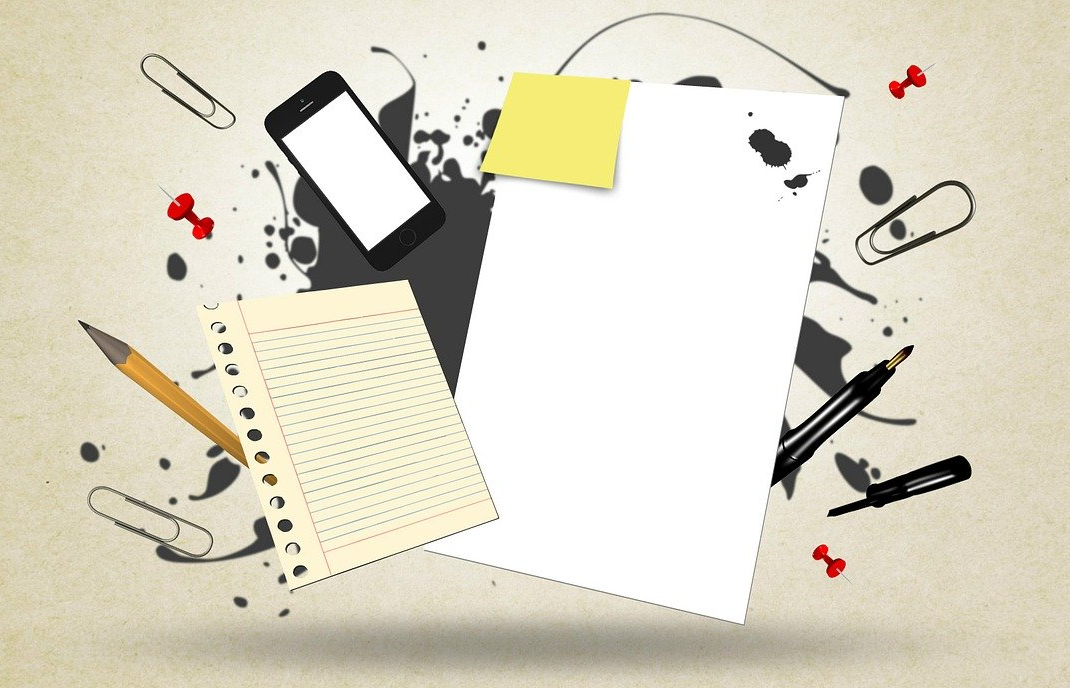 Huntsville Junior High is coming up on your left. Go Panthers! I’m gonna be quiet for a while as we head out towards some of the great parks Madison County has to offer! Enjoy the ride for now and follow your navigation. We’ll be approaching the wilderness shortly!

Burritt on the Mountain 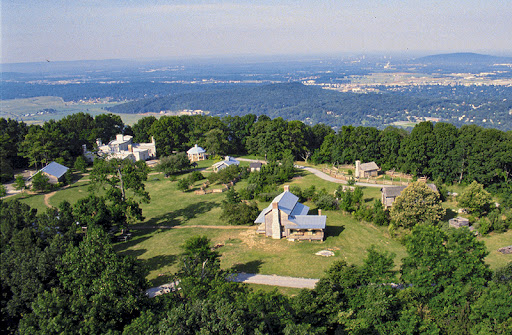 As we pass by Round Top Mountain just off of 431 we also pass by the equally historic and natural Burritt on The Mountain. “The Jewel on the Mountain'', Burritt is considered just that amongst Huntsville locals! Constructed in the 1930’s, the remarkable x-shaped 14-room mansion that crowns Round Top was once the residence of Dr. William Henry Burritt, who bequeathed the building to the city of Huntsville upon his death in 1955. Today, the mansion and its grounds exist as a Historic Park featuring restored buildings meant to interpret 19th century life in rural Alabama. In addition to acting as a living time capsule, the mansion, insulated with 2,200 bales of wheat straw, is home to a dazzling array of concerts, classes, events, and an expansive woodland nature trail you can hike year round! If you’re in town the first week of November, head on over for the Round Top Folk Festival and enjoy some marvelous mountain tunes! Perhaps you’ve always wanted to get into ceramics, in that case the Burritt Folk School would be perfect! You’ll have to stop by Huntsville’s first museum at some point during your time here, but for now we’ll continue into the wilderness that is our next stop! 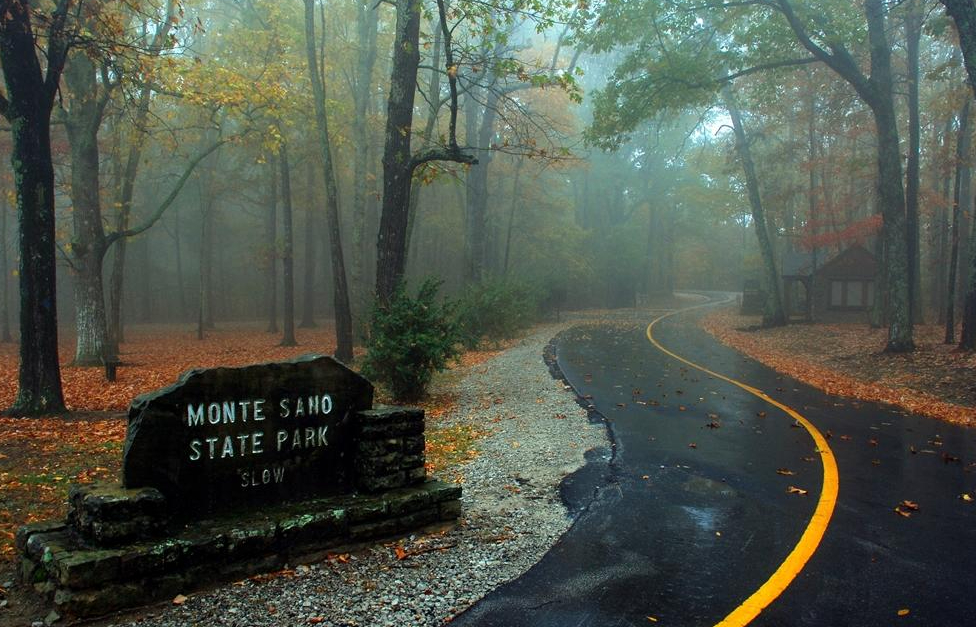 The latent yearning for the cosmos that permeates the spirit of Huntsville seems to exist even in the nature of the area. The lush forests that surround us now are those of the magnificent Monte Sano State Park, and the skyward reaching Monte Sano Mountain. Spanish for “Mountain of Health,” Monte Sano rises more than 1,600 feet above sea level. Atop the mountain, the Monte Sano Lodge is a beautiful venue for any event, and the 14 rustic cabins that dot the mountain are sure to accommodate any outing you have in mind! Sitting on 2,140 acres, Monte Sano features some truly spectacular vistas. Whether it's the sea of changing leaves in autumn, or the native azalea blooms along the hiking trails in the spring, the majesty of Monte Sano, and all of Huntsville for that matter, is undeniable!